The small game season has began. The second day of the start to my season happened at hunting camp. It has been a staple of where grouse hunting happened for me as a kid. It's just a small cabin tucked in the woods of northeastern Maine. Pulling up the camp road brings excitement and anticipation every time. .

This trip would begin early. Up in time to make the two hour ride north. The first stop would be at camp. With the wind we had this spring and end of summer cutting trees was necessary to get in. Quick fall cleaning then time to get the dogs ready for the day 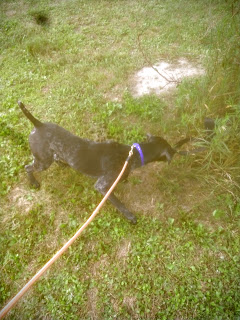 Two seasoned German shorthaired pointers that that I received in the off season were ready to go. The anticipation was high to hunt with these dogs and they didn't disappoint. With many points and no bird shot over the dogs they hunted hard and found birds. Missed shots was the issue this day. 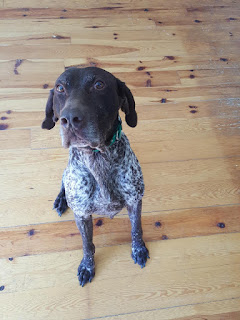 With one bird bagged in what was bad timming for the grouse. While walking down a road the dogs working about seventy yards out a ruffed grouse decided it was the right time for a stroll across the road just ten yard from us so it went in the bag.

The beagles came along so we figured we give them a shot at some snowshoe hare. Finding some thick soft woods we let the loose and they hunted hard. A few spots later we figured this day was not the day of the snowshoe hare.

With the a grouse fried for dinner it's more memories made at camp.  It's time to reminisce on the time spent with family and good dogs. With thoughts of hunts to come.

Good luck and conserve the habitat.

at October 04, 2020
Email ThisBlogThis!Share to TwitterShare to FacebookShare to Pinterest

This time of year the truck bed Permanently gets smaller till the season end with a two hole dog box. The equipment is packed and truck is...